It’s a cloudy one today.  No bueno.  I like the sunshine better. I don’t have too many highlights for this Thankful Thursday post, but that’s ok.  I’ve been doing more than three every week for a while now so it’s all good 🙂

1.  My baby girl and son in law had to be out of town on Mother’s Day so they came over on Friday with pizza, beer and presents to celebrate after I got home from work.  It was a good evening of catching up and laughing.  Just as they were leaving, my oldest daughter called (she lives out of state) cos she figured I’d be gone Sunday (which I usually am) so we had a long laughter-filled chat.

2.  On Sunday, Mister and I met our second daughter, son in law and 3 grandchildren for lunch and presents in the city.  It was at the same place that my friend’s Bridal Shower had taken place a month ago.  At the Shower I had discovered their delicious steamed garlic mussels so guess what I had on Mother’s Day?  Yum!  After lunch we headed to a graduation party to make an appearance and then dropped by to visit my mother in law on the way home.  To round out the awesome day, our son texted me, his wife sent me a picture greeting on Facebook, and I called my Mom on Maui before heading upstairs to a restful nite’s sleep.  #awesomeweekend

3.  I finally got my camera research done and ordered a silver Canon PowerShot on Amazon.com.  I was going to order it on BestBuy.com but the sale was over by the time I knew what I wanted.  It was cheaper on a ‘not as good a sale’ on Amazon, and surprise! I had an unused gift card balance on Amazon so in the end, I paid just a dollar more than what I would have paid on the Best Buy sale.  Go me!

4.  We’ve had some rain lately…which makes everything greener and since the sun did shine a few days last week, the trees and bushes have more leaves and buds on them.  Our lilac bushes even have sweet smelling flowers on them already. 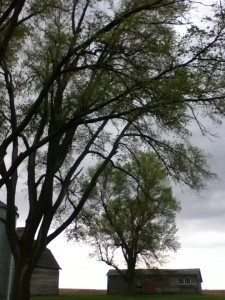 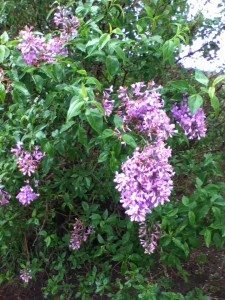 On the Fitness/Nutrition Front

5.  Not much has changed since last week.  Still working on sculpting my body.  I did the Brazil Butt Lift High & Tight today and my tushie is talking to me now.  Time for some P90X Recovery Drink!  Even tho I cut down on portion sizes, my weight is still fluctuating between 2 pounds.  #notgettingfrustrated  I’ve been doing this health and fitness thing for over a decade and you’d think I’d get over being so disappointed when my weight doesn’t go down down down as I’m building muscles at the same time.

Have a good week.  I’m really hoping the sun decides to come out and stay – SOON!